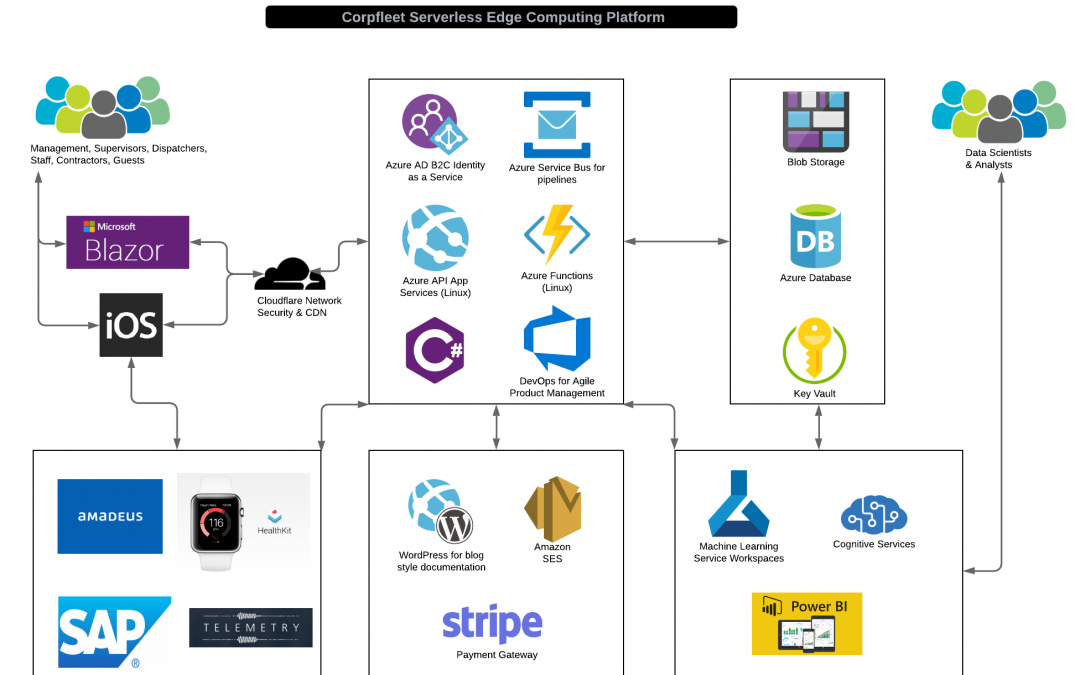 Why do we believe there’s a generational change in technology available, which provides competitive advantage for innovative companies?

Companies have been running systems on Windows hosting for the last 30 years. The problem is that as the number of users and complexity rises, the hosting needs to get bigger and more expensive. The move to cloud computing hasn’t changed that; blowing out Azure usage in a month can have big consequences, particularly if a management company’s rates are relative to Azure fees.

So what can be done about it?

All of a sudden, Azure linux hosting is much cheaper than windows for web-services; 35% cheaper for the latest hardware i.e. much more for much less.

In practice, speed makes technology easier for users to navigate and is a mitigation vector for the reputational damage of unrepeatable intermittent faults.  Code well written in the last couple of years using “asp.net Core” can be moved across to Linux hosting in a few hours.  Vendors running old code are stuck between paying twice as much for hosting and the gigantic cost and risk of re-writing.

The difference in usability between an Android/IOS app and a webpage is recognizable. Apps running natively on devices are faster, offline processes can be automated and notifications help with user engagement.

What’s not so apparent is that the appstore apps are quietly using device resources for UI rather than hosting resources.  A different corporate budget has already paid for devices and there isn’t much point paying for the same compute again in an additional hosting environment. The savings are considerable; a UI system running 10,000 users can be hosted from a static web page with minimal hosting costs.

The downside of appstore apps is writing and maintaining the same code multiple times for Android and IOS and Windows.  Every time there’s a bug, a fix can take weeks to develop for all the stores and then deploy.

Blazor is a new SPA PWA webassembly technology from Microsoft that provides a fast, offline-capable UI/UX without the nasty constraints and costs of deploying to app-stores.

It also allows the same code to be run on the host or the local device, simplifying development costs for coders when you don’t need to use both C# & Javascript to get the job done.

Blazor is fast, cheap and maintainable.

Leaving core company processes in spreadsheets on desktops creates high risks with ransomware attacks.  Teamed up with Azure AD B2C for Identity as a Service and the Azure Advanced Data security add-on, Blazor security is a better alternative.

But new capabilities come with new challenges & responsibilities.  A topical example is covid19 modelling which was published by a reputable research company on a webpage using Javascript. The user could vary when social isolation started and see how that affected the resulting death rate. The point being made was that earlier isolation led to less deaths, but there was an interesting assumption with the end date fixed to August. Another research company amended the Javascript in the browser to have a later end date, which showed a different conclusion, predicting that the overall number of deaths was unchanged by social isolation. The amended model predicted isolation would delay but not change the number of deaths, which was quite embarrassing for all concerned.  The health industry aside, it’s great to save money by offloading compute from a server hosting environment to a local device, but not where it exposes company intellectual property (or half-truths).  Blazor is setup so you can choose to do the right thing in the right place.

Done right, combining the agile methodology with Azure DevOps provides the means for everyone to pitch in together, creating the platform for a transparent “single truth”. Sponsors can collate user stories and track them through to deployment of solution, providing effective agile product management and continuous improvement.

The latest code and hosting technology is faster, cheaper and easier to use, delivering sound reasons to take another look at old problems with new solutions.  We’ve developed a prototype app for the health industry and after a year of hardening, the architecture is ready for enterprise travel solutions.